More than 90 Confederate monuments were taken down or moved from public spaces in 2020 following the death of George Floyd, according to new data from the Southern Poverty Law Center.

The latest data documents nearly 800 Confederate monuments that were in the U.S. at the beginning of the year, a number that dwindled to about 700 by the end of 2020.

In August, the Montgomery, Alabama-based law center, found 38 monuments had been removed in the nearly three months since Floyd’s death in Minneapolis on Memorial Day. That number alone was notable, since it had previously taken years for the database to log a similar number of statue removals.

An update to the “Whose Heritage? Public Symbols of the Confederacy” report released Tuesday found another 56 monuments were removed.

“As witnessed on Jan. 6 when an insurrectionist brazenly carried a Confederate flag through the halls of the U.S. Capitol, Confederate symbols are a form of systemic racism used to intimidate, instill fear, and remind Black people that they have no place in American society,” SPLC chief of staff Lecia Brooks said in a statement. “The SPLC firmly believes that all symbols of white supremacy should be removed from public spaces and will continue to support community efforts to remove, rename and relocate them.”

Statues of prominent figures in the Confederacy are a common sight in the South, and Virginia is home to the most Confederate symbols. The report comes the same day Virginia lawmakers approved a bill to remove a statue of segregationist Harry F. Byrd Sr., who served as Virginia’s governor and a U.S. senator, from the state capitol grounds.

Byrd, a Democrat, ran the state’s most powerful political machine for decades until his death in 1966 and was considered the architect of the state’s racist “massive resistance” policy to public school integration.

Like other symbols of the Confederacy, such memorials have been defended for generations as pieces of Southern heritage, or simply uncontroversial artifacts of history. But for many people, they are ever-present reminders of racial discrimination and violent oppression that has never gone away.

Read more on race and identity: Sign up for USA TODAY’s This Is America newsletter

Nearly 2,100 remain — statues, symbols, placards, buildings and public parks dedicated to the Confederacy, although 168 of those symbols were removed in 2020, according to the SPLC. Just one of those symbols was removed before Floyd’s death.

Activists have long called for Confederate flags and symbols to be taken down, but the accelerated removal of statues was fueled by widespread protests against systemic racism and police brutality following Floyd’s death, with more people linking Confederate monuments with white supremacy, according to Erin L. Thompson, a professor of art crime at the John Jay College of Criminal Justice.

Thompson said the movement experienced a similar spike in June 2015 when a white supremacist shot and killed nine Black parishioners during a Bible study meeting at Mother Emanuel African Methodist Episcopal Church in Charleston, South Carolina, Interest in removing these statues spiked again in 2017 following the deadly Unite the Right rally in Charlottesville, Va. which opposed the proposed removal of a statue of General Robert E. Lee, Thompson said.

“Most of the time it seems like nobody cares about them, so it takes these real moments of reckoning, of change,” she said.

But experts say it may be more difficult to remove the more than 700 statues that are left as widespread racial justice protests wane and lawmakers enact legislation to protect the remaining statues.

Amid the protests, it may have been easier for authorities to remove controversial statues because they presented an immediate public safety issue, Thompson said.

Thompson, who is writing a book on controversies over American monuments, said attention to Confederate monuments may be waning in the face of other crises and political pushback from state legislatures.

Lawmakers in states including Alabama, Georgia, Mississippi, North Carolina, South Carolina and Tennessee have enacted policies to protect them.

“In a number of states its just impossible to have a community referendum or even for communities to make their own decisions on this,” she said. “State legislature are trying to make it impossible to take down the monuments really in any other way then violently during the protest.”

Thompson said statues have often become a flashpoint amid historical protests like the French Revolution and the fall of the Soviet Union because they are much easier targets than the regime itself. She said it’s not surprising that statues arguing that elite white men should hold the power in America became a rallying point amid the racial justice protests.

“I think this is a real moment of change for art in America,” she said. 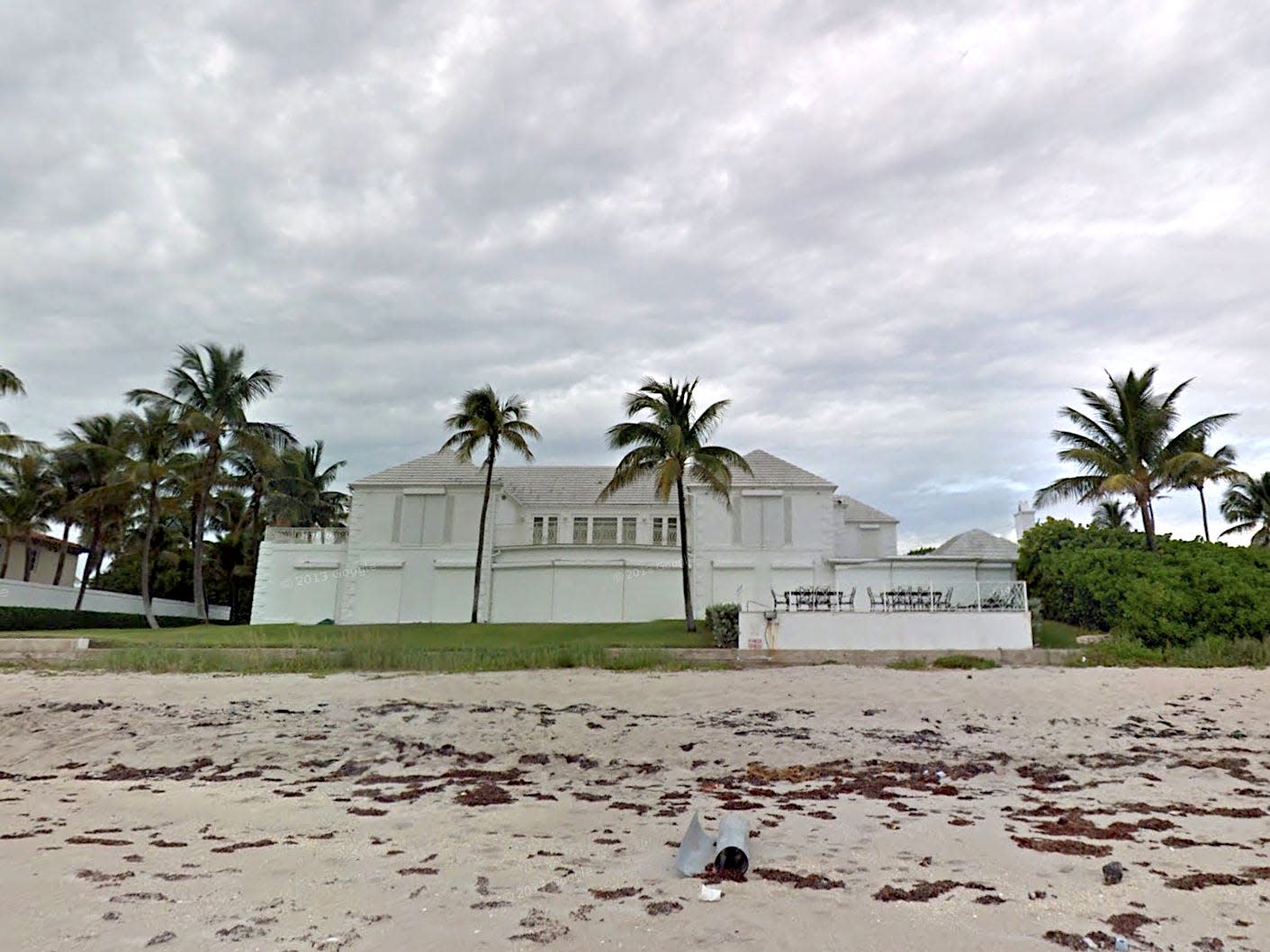 A Palm Beach mansion owned by the Trump family just hit the market for $49 million, and it’s right across the street from Mar-a-Lago