A family has opened up about the devastating personal toll of coronavirus, after an 8-year-old girl found the body of her 12-year-old brother who committed suicide when lockdown left him feeling lonely.

Hayden Hunstable showed no obvious signs of depression when the world went into lockdown because of the coronavirus pandemic last spring.

But his sister Kinlee found him hanging at their home in Aledo, Texas, on April 17.

His death came shortly after after he, his dad, and his grandfather worked to fix the water in their home.

Brad, the siblings’ father, attempted to perform CPR on Hayden, but the boy could not be saved.

The father blames the global pandemic for taking his son way too early in life. 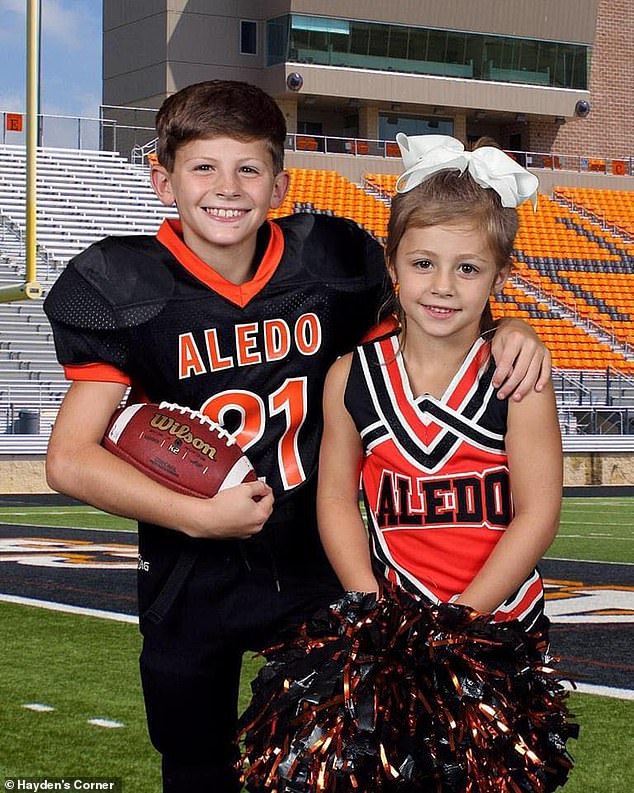 Hayden Hunstable, 12, was found hanged by his younger sister, Kinlee, 8, in April 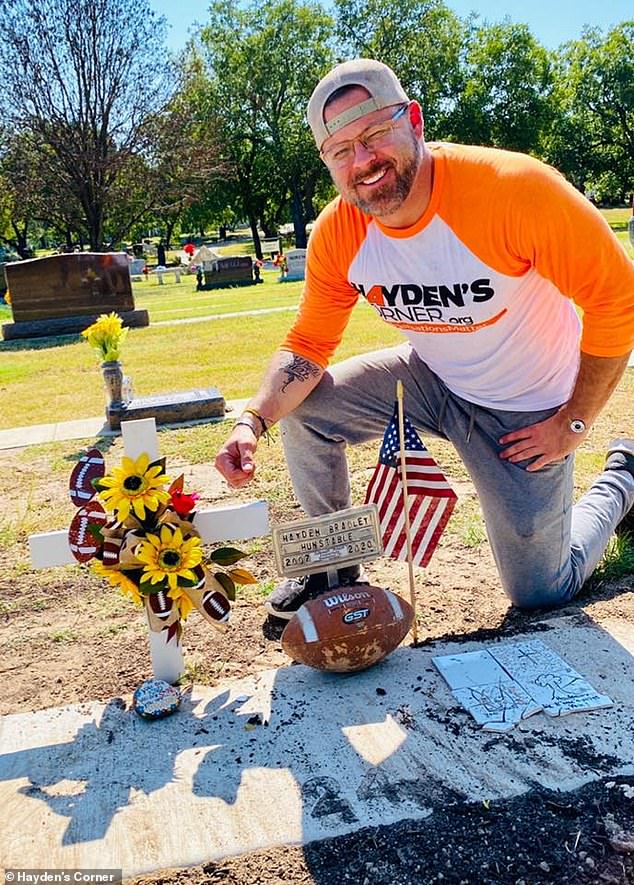 ‘Covid killed my son,’ Brad said to Metro.co.uk. ‘I think Hayden would still be alive today if Covid had never happened.’

Brad says there was no sign that Hayden was depressed or planning to take his own life.

Prior to the pandemic, Brad described Hayden as a social kid and someone who loved football.

‘I had no idea he was struggling or depressed, he was such a happy kid and loved his friends and family. But Covid is a perfect storm for suicide and depression. I think everything just got on top of him, he felt overwhelmed and he made a tragic decision.’

‘My daughter ran downstairs and said Hayden has hung himself. I ran up there, pulled him down and tried to save him,’ Brad continued. ‘I performed CPR but I couldn’t save him. He was gone. 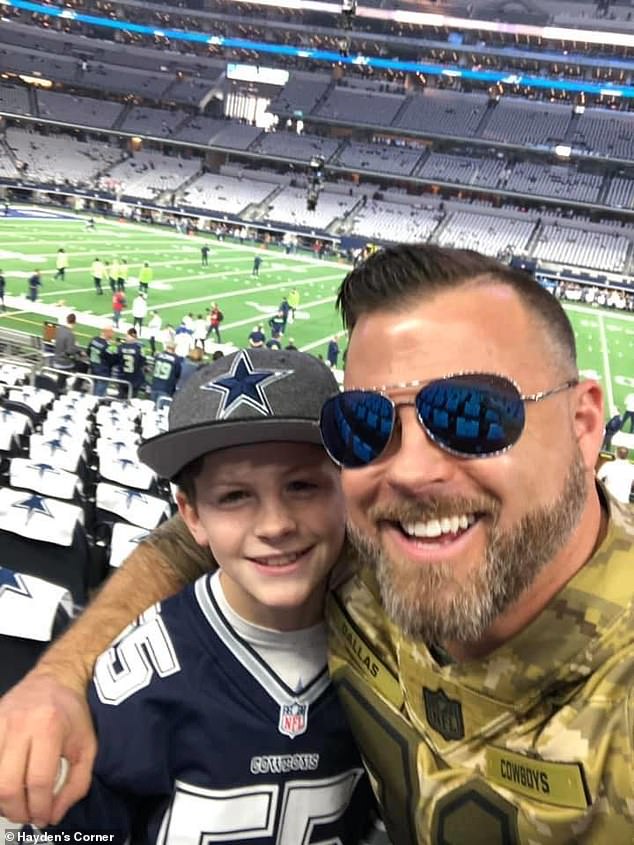 Prior to the coronavirus, Hayden was a happy kid who enjoyed football and going to school 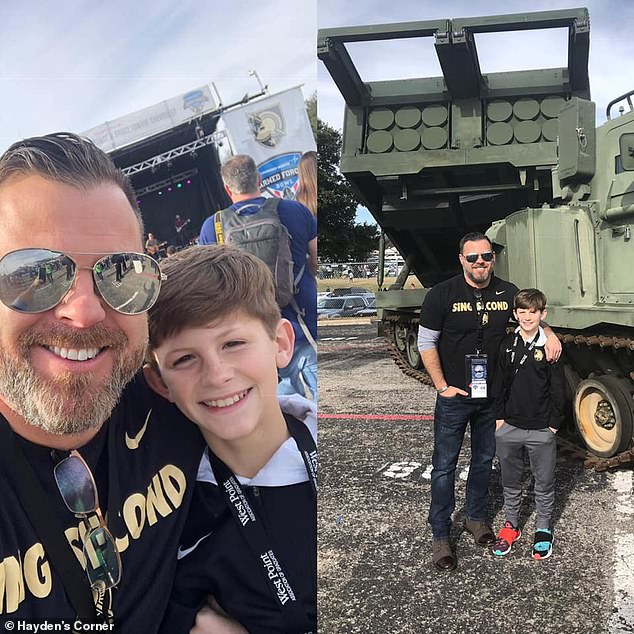 The isolation brought on by the pandemic was difficult for Hayden to cope with, though

‘I saw something horrific that day and I don’t wish it upon anybody. I still get nightmares about it.’

Brad says that Hayden struggled with the isolation that came with virtual learning and not being able to see his friends regularly.

Hayden also may have been triggered after breaking a new computer monitor, which was not discovered until after his death.

It was the second computer monitor Hayden may have broken in recent months.

‘I don’t know if he was scared about getting into trouble of anxious about not being able to speak to his friends and ruining his birthday,’ Brad said. ‘He either did it in impulsive anger or he got himself in a situation he couldn’t get out of.

Brad has since tried to turn the tragedy into something more hopeful in Hayden’s honor.

He has launched Hayden’s Corner, an organization dedicated to bringing awareness to parents and children alike about mental health issues.

He also created a PSA titled Almost 13, which details Hayden’s story and aims to spread a positive and hopeful message to children and parents alike. 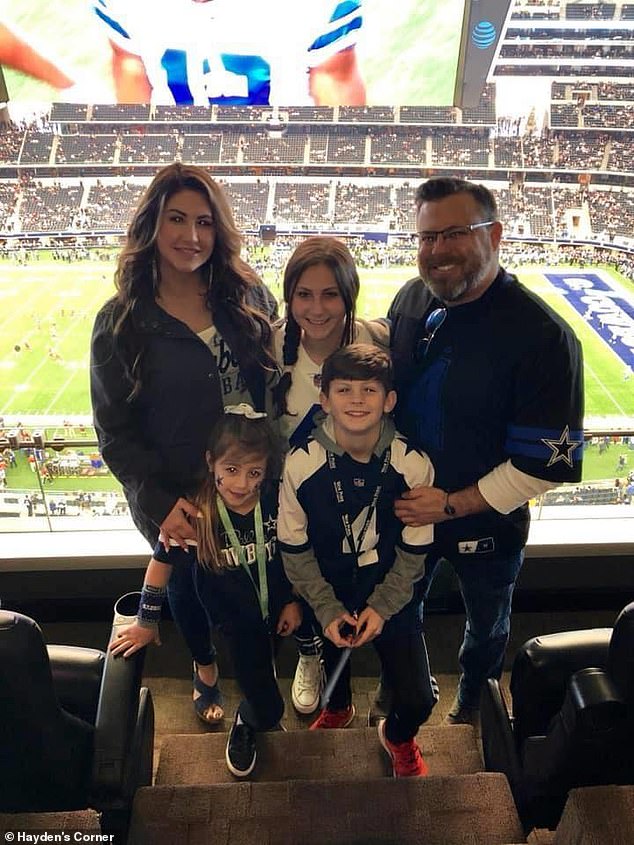 ‘I saw something horrific that day and I don’t wish it upon anybody. I still get nightmares about it,’ Hayden’s father, Brad, says about the tragedy that he dealt with back in April 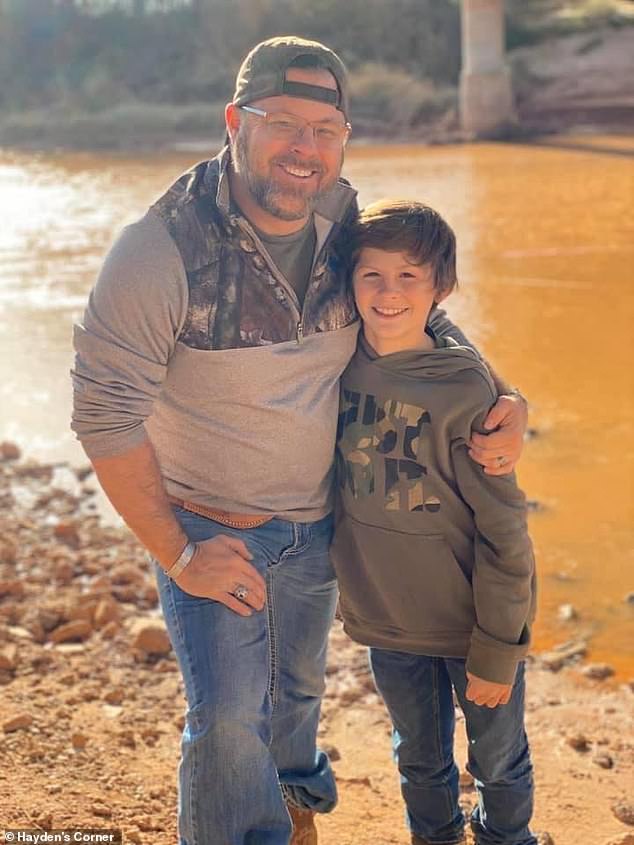 ‘I am on a mission to solve youth suicide,’ Brad said. ‘Parents need to have conversations with their kids about their feelings.’

According to the CDC, suicide is the second-leading cause of death among adolescents.

Mental health is a growing concern for all age groups across the world as the coronavirus continues to devastate the population and alter the lifestyles of everyone.

Meanwhile, Brad continues to share his story and honor Hayden as best he can.

‘Hayden is a hero because I think he has already saved so many people across the world. I just hope I can do him justice.’