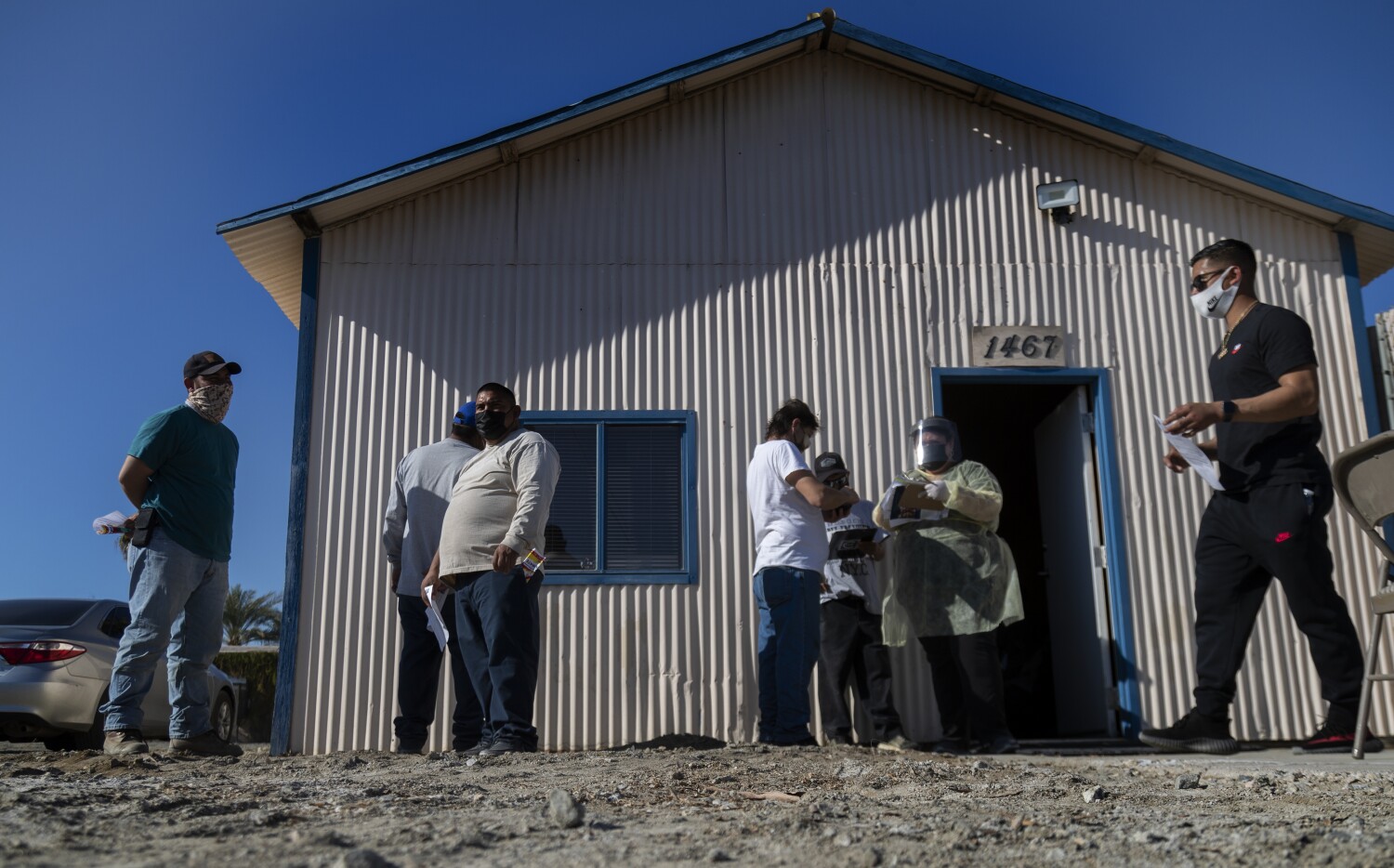 Californians overwhelmingly support legislation that provides enhanced farmworker protections and gives hazard pay to essential workers, according to a poll released by the UC Berkeley Institute of Governmental Studies.

Hazard pay has become a hot issue in progressive cities throughout the state, with backers saying grocery workers have put their health at risk to serve customers as COVID-19 spreads. The California Grocers Assn., which says such measures are too costly for business owners to absorb, has challenged ordinances in court.

The study was conducted online between Jan. 23-29 among more than 10,000 registered state voters.

The poll found Californians of color, especially Latino and Native Americans, were most likely to say they or their families were negatively impacted by the pandemic.

“The patterns continue to show that the coronavirus presents one of the greatest racial justice challenges of our time,” IGS Co-Director G. Cristina Mora said in a statement supporting the study. Mora did not respond to a request for an interview.

“COVID-19 has exacerbated long-standing inequalities within the state. Communities of color are suffering disproportionately, both economically and socially, and the amount of fear and reported loss, especially among Latinos, is undeniable,” Mora said.

The United States this week surpassed 500,000 COVID-19 deaths — a number greater than the combined U.S. battlefield deaths in both world wars and Vietnam. In California, nearly 50,000 have died, according to The Times’ tracker.

Black and Latino Californians have contracted the virus at a higher rate than Asian and white people. The same demographic dies more often than other races relative to the population.

Check Also
Close
Featured Posts
Are you planning a sporting event? Know how to organize the facilities and spaces

Are you planning a sporting event? Know how to organize the facilities and spaces