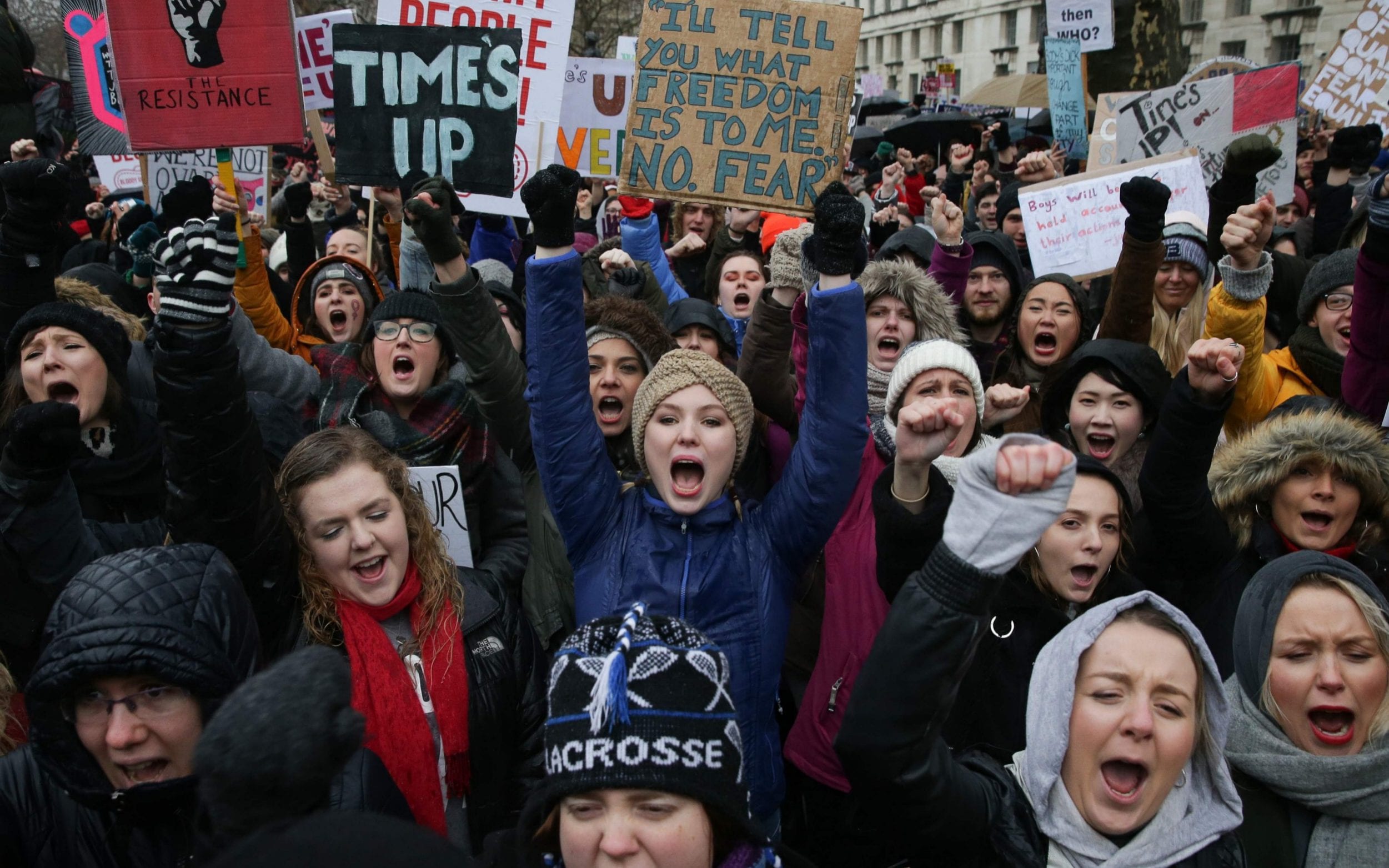 Londoner Uta de Veer set up the app One Scream after a friend was attacked, around the same time there was a series of muggings near her children’s school.

“I was just thinking the phone is what we have always on us and if we get attacked, we have this lifeline and we should be able to use it and facilitate it,” she said.

“But when you get into a situation like that you obviously have no choice, and you have no chance to actually open your phone and make a phone call or tap an app or whatever this is so it had to be hands free, and this is how the idea around One Scream.”

The slickly-designed app is supposed to work by using artificial intelligence to be able to tell when a person is genuinely screaming.

Although the app has received good reviews, The Telegraph was not able to trigger the alarm by screaming and neither could sound effects on YouTube, despite both sounds registering well on the app’s “scream-metre” test.

On the Apple app store, other users complained of facing the same problem.

“I decided to test out the app at home and put my sister as the mandatory contact. I screamed, yelled etc. and the app didn’t pick any of it up,” said one reviewer. “If the first time I used it was when I was actually in danger, I’d be in trouble and no one would’ve been notified!”

In response, the app developers said: “Please remember that a panic scream is very intense, it is influenced by a heightening of your senses due to increased levels of adrenaline. We don’t want [One Scream] to go off by baby or happy screaming.”

De Veer says the app, which has five employees, has recently reached 100,000 users.

The company plans to introduce a subscription model after making technical changes.

Kitestring is a simple-to-use, free text messaging service that requires minimal information to set up.

Operated by telecommunications company Tep Wireless, Kitestring operates using a web app, meaning it’s easy to use for people with any type of phone. Users also don’t need an email address to register.

Users can then tell the service when they’re going out and how long they should be out for.

When their “trip” is over, Kitestring will message them asking them “please reply ‘ok’ within 5 minutes so we know you’re okay.”

If users don’t check in, a message is sent to their emergency contact or contacts which have set up saying: “If you get this, I might not have made it back safely. Give me a call.”

The service also lets users set up a “duress code”, a secret code which alerts Kitestring they’re in trouble. Kitestring will pretend the user is checked in like normal but will secretly alert all of their contacts.

Everything you need to know about at-home COVID testing | Engadget