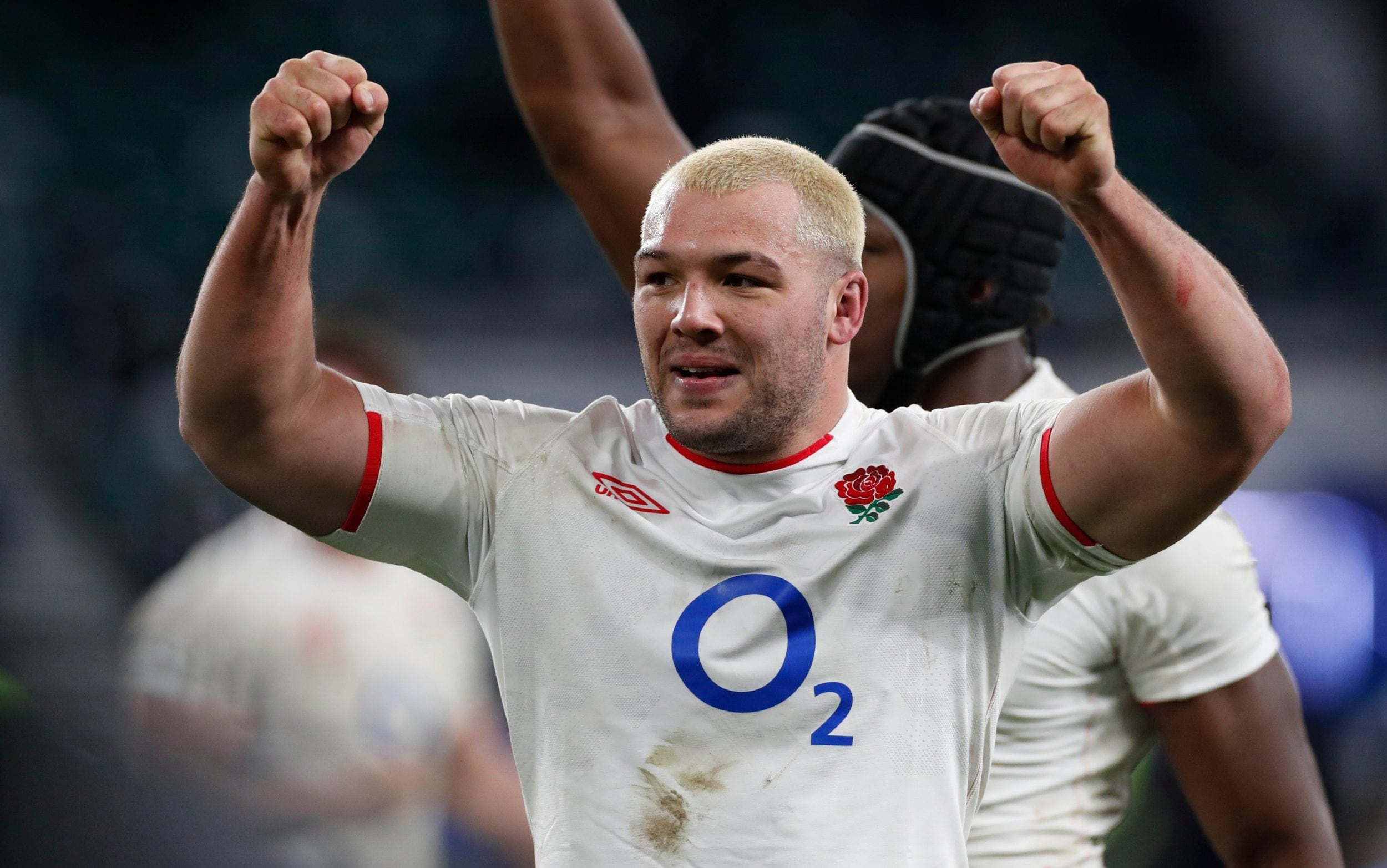 After the shuddering disappointment of defeats to Scotland and Wales, Genge says England need to seize the opportunity to finish the Championship on a high in Dublin. “It is one of those situations where we don’t want to be in this position where we have to sacrifice all these freedoms that we usually have, but let’s pull together and make something out of it,” Genge said. “As opposed to letting the opportunity pass by. I feel this group has invested in each other and we have all agreed to make this sacrifice together and we are starting to see the benefits of that now quite late in the competition. I know you won’t believe it but this is definitely the tightest I have felt the group, before the France game.”

The match also represents the last opportunity for players to state their Lions credentials on an international stage and Genge is not shy about revealing that ambition. “I think anyone would be lying if they said they didn’t want to play or be a part of that squad,” Genge said. “The way rugby is… the finishing roles have become a lot more prevalent. You see games literally being won off the bench. Regardless of whether I play or not, even off the pitch there is such a big role to play, when you are touring, bringing the morale, and you need someone who’s good at sinking pints.”

Centre Henry Slade will face a late fitness test on his calf injury as England head coach Eddie Jones prepares to name his side to face Ireland on Saturday.

Elliot Daly or Ollie Lawrence are being considered to come in at outside centre to replace Slade, who did not take part in Wednesday’s full training session. Last week, Daly, who has previously been deployed at full-back, was dropped from the starting XV after missing the same session with Jones later saying: “He didn’t do our session on Wednesday and generally speaking if a player can’t train on Wednesday it’s hard for him to play on Saturday because that’s where we test their readiness to play.”

With Joe Marchant poised to travel to Dublin as cover, England intend to give Slade as much time as possible to prove his fitness. Wasps’ Paolo Odogwu represents an alternative option. “We’re giving [Slade] the opportunity to rehab and he’s doing really, really well,” Matt Proudfoot, the forwards coach, said. “The medical staff are very optimistic and we’ll make that call either Thursday or Friday.

“Eddie will make a very sound decision based upon medical advice and what he feels is best for the team. Those decisions are based upon what is the best 23 we can put out for Saturday.”

Proudfoot, otherwise, reported a clean bill of health with his focus primarily centred on countering the threat of the Irish lineout coached by Paul O’Connell. Last week, Scotland won just two of their eight lineouts under ferocious pressure from an Irish set piece that Proudfoot believes already has O’Connell’s fingerprints on it.

“I think every coach has his own specific DNA that he drives,” Proudfoot said. “I’ve not seen a big change just bigger ownership by the players, you can see it in the execution of the lineout, so there has obviously been a lot of small talk, work on decision-making and execution. And that is obviously Paul’s passion and that will flow into the players and the players will start taking ownership and driving it. Ireland’s pack were superb against Scotland. It’s looking really good. A tough challenge for us in line-out time and we’ve done a lot of work at that.”

Meanwhile, England are anticipating Peter O’Mahony coming in to the Irish starting XV to help fill the void left by the injured James Ryan. With Ryan ruled out because of a head injury suffered against Scotland, Proudfoot believes Tadhg Beirne will be switched from the back to the second row. Flanker O’Mahony’s lineout ability will enable Ireland to maintain their set piece strength.

“Tadhg Beirne might shift into the second-row and Peter O’Mahony might slip on to the side of the scrum. I think it’s like for like but losing a player like that is never easy to replace. [Ryan] was superb against Scotland, he really picked their line-out to pieces. It’s a big loss but they’ll take it in their stride.”

This mouse embryo grew in an artificial uterus | Engadget