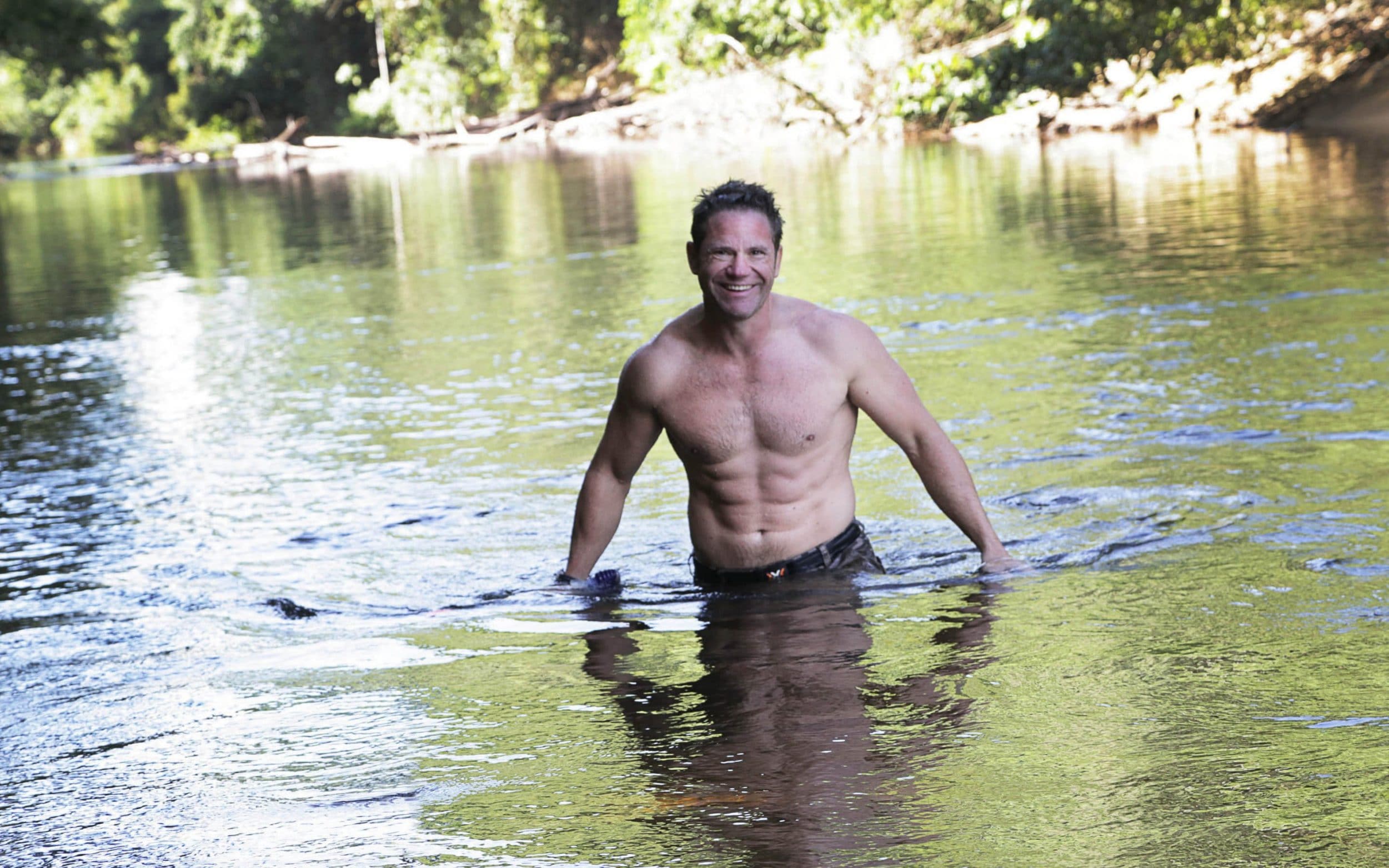 The veggies are less significant. Backshall once said he starts his day with “a big smoothie made from broccoli, celery, spinach, banana, apple, a little spirulina, some protein powder plus a teaspoon of peanut butter” – but that may have been before he noted he was putting on a lot of bulk as he got older.

When Backers turned 40, he explained in an interview a couple of years ago: “I really noticed my metabolism slow down and for the first time in my life I had to start watching what I eat.” So he became a midlife vegetarian.

“I had started cutting back on my protein intake before becoming vegetarian because I wanted to lose some muscle mass. Before, half my calories came from protein sources, but [for his job] I don’t need all that muscle. I need to be strong, but it’s more about power-to-weight ratio.”

If you ever want to feel that you and your partner are at once not nice enough, not smiley enough, not in love enough, not encouraging enough of one another, and far from fit enough, you’ll love the six-minute Expedition Fit! video that Backshall and Glover posted on YouTube.

In it, the sweaty and beaming couple – who, as anybody who’s seen their joint-led travel documentaries will know, seem incapable of negativity – explain why you have absolutely no excuse for laziness.

If you can’t get up to train, they say, get a training partner; if you can get to the gym but can’t be bothered, start with something intense. If you don’t have time, or have a baby, just find 10 minutes a day and by the end of the week you’ve done an hour; if you’re going somewhere without a gym, pack a skipping rope and some resistance bands in your rucksack and hey presto, you can exercise most muscles even in a tent.

'Doom 3' gets a second life on PlayStation VR | Engadget

Dr. Seuss Gets Blindsided by a Moral Minority | National Review