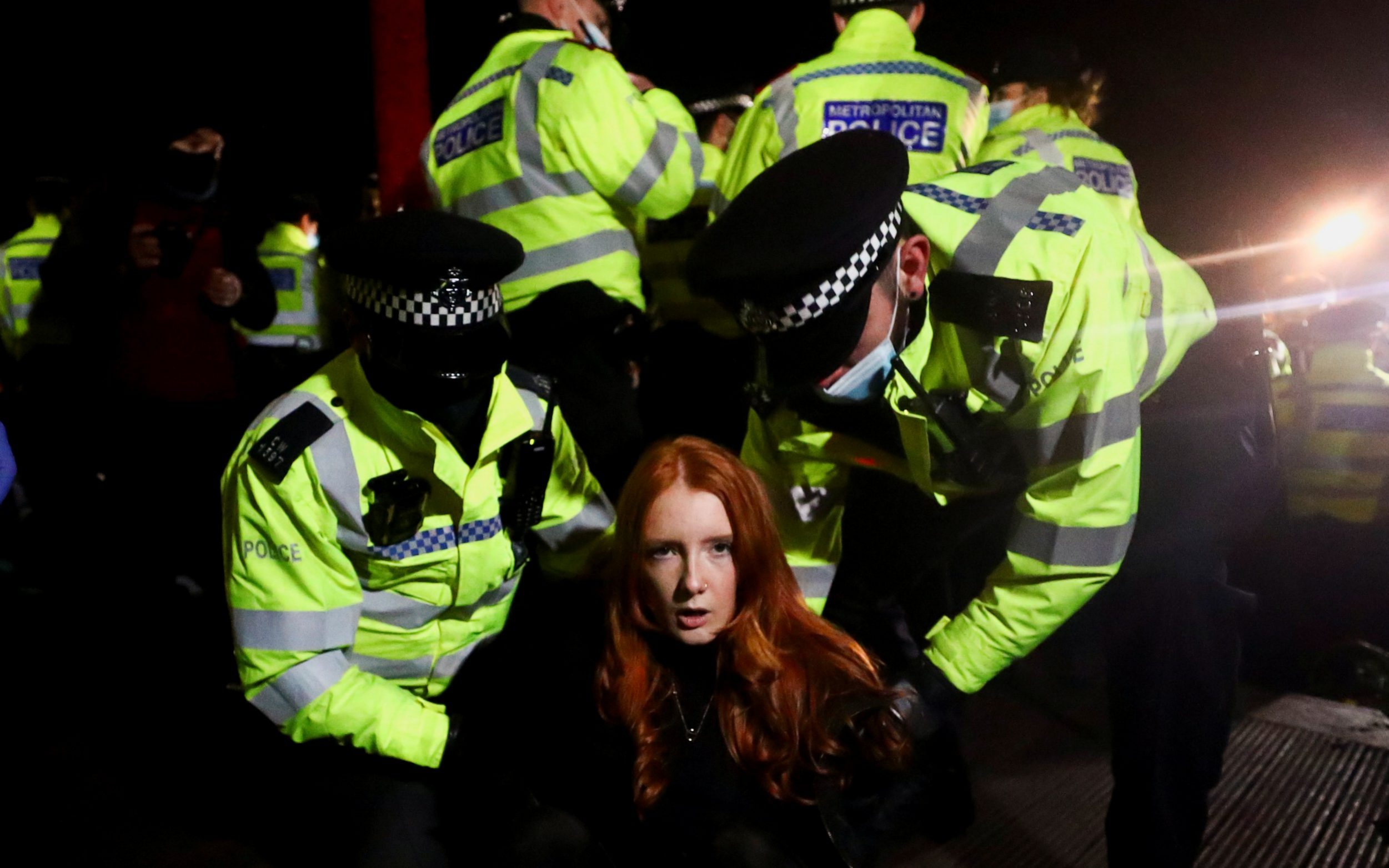 Organisers of the vigil had gone to the High Court on Friday to try to have the event declared legal, but the judge refused to intervene. The Prime Minister said that how to handle the vigil was an “operational matter” for the police.

In the wake of the scenes on Saturday night, politicians from all sides condemned the police’s actions, and Dame Cressida faced calls to resign.

Sir Tom Winsor, Her Majesty’s Inspector of Constabulary, has now been tasked with carrying out a review into the Met’s handling of the event.

But in a strongly-worded defence of her officers’ actions, the first female Commissioner in the Met’s history insisted she would not stand down, stressing she wanted to carry on in the job to get justice for Miss Everard.

Dame Cressida said: “What happened to Sarah appalls me. As you know, I’m the first woman commissioner of the Met, perhaps it appalls me, in a way, even more because of that.

“What has happened makes me more determined, not less, to lead my organisation.”

Wayne Couzens, 48, a serving Metropolitan Police officer, has been charged with Miss Everard’s kidnap and murder.

Officers investigating the murder cordoned off an area in the town of Sandwich, Kent on Sunday night.

Dame Cressida said she felt so strongly about what had happened to Miss Everard that she would have attended the vigil herself had it been lawful.

Andrea Everard, Sarah’s aunt, who backed those who attended the vigil on Saturday night, said: “It’s not right women don’t feel safe on the street. All they were doing was showing support for Sarah and other women victims of appalling crime. I hope Sarah’s death can bring about some positive change”.

On Sunday night, the Prime Minister said the death of Miss Everard must “unite us in determination” to drive out violence against women and girls.

He will on Monday chair a meeting of the Crime and Justice Taskforce to explore what action needs to be taken to ensure the UK’s streets are safe for women and girls.

The Commissioner is expected to attend the meeting along with the director of public prosecutions Max Hill, Ms Patel and Robert Buckland, the Justice Secretary.

Mr Johnson said: “Like everyone who saw it I was deeply concerned about the footage from Clapham Common on Saturday night.

“I have spoken with the Metropolitan Police Commissioner who has committed to reviewing how this was handled and the Home Secretary has also commissioned HM Inspectorate of Constabulary to conduct a lessons learned review into the policing of the event.”

He added: “The death of Sarah Everard must unite us in determination to drive out violence against women and girls and make every part of the criminal justice system work to protect and defend them.”

Chief Constables from across the country will also attend an emergency meeting on Monday to discuss violence against women.

Referring to the incident on Saturday night, Martin Hewitt, chairman of the National Police Chiefs’ Council, said: “It is very challenging to police protests or large gatherings where people want to come together and make their voices heard in a way that is currently restricted in law because of the serious risk to public health.

“Decisions about how to police these events are difficult and finely tuned. We recognise there are concerns about the policing of the vigil at Clapham Common and the Metropolitan Police have been clear that they review all operations and will do the same with this event. We remain absolutely committed to helping to keep women safe, and feeling safe.”

9 Benefits of Technology in Business