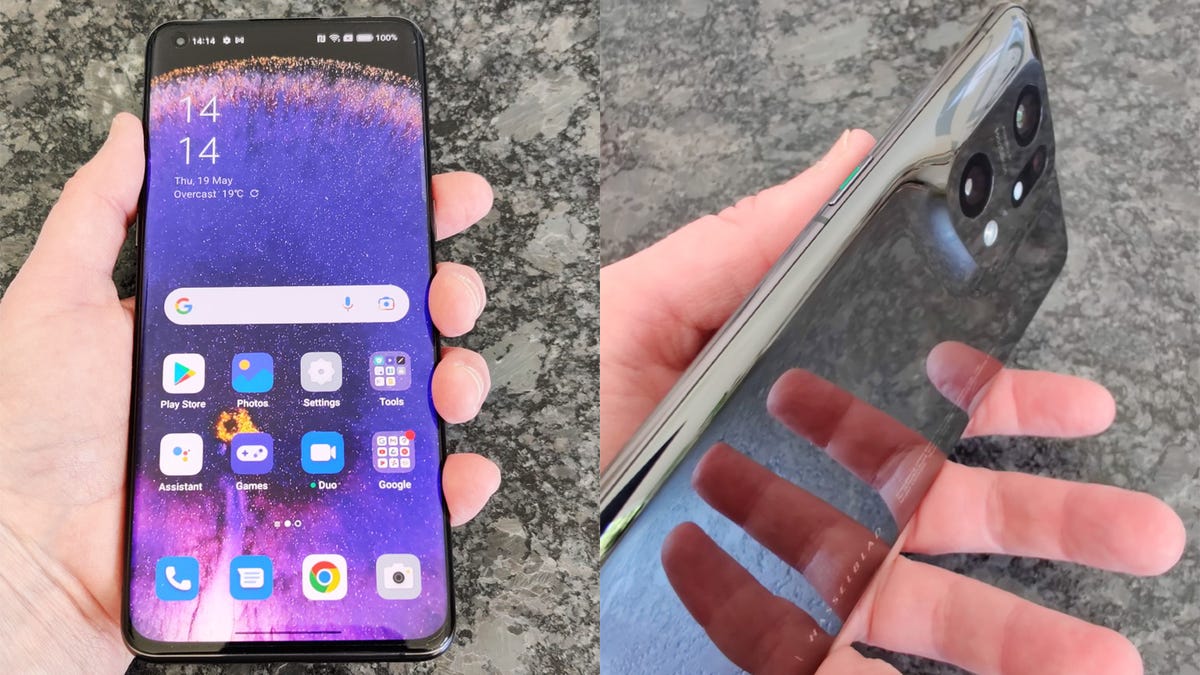 Oppo’s new Find X5 Pro joins an increasing number of premium handsets that come in around the £1,000 mark (~$1,260). A four-figure price tag (£1,049 inc. VAT in the UK) means that this handset needs to excel in every respect, and a top-end chipset, a large fast-charging battery (5000mAh), a 6.7-inch 120Hz AMOLED screen and a camera system co-designed by Hasselblad that includes a custom imaging NPU chip all make it sound alluring. But how does this flagship handset stand up to detailed examination? 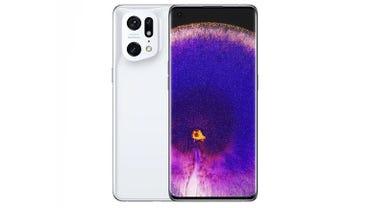 The Oppo Find X5 Pro has a distinctive design with the camera array at the back sitting in an irregularly shaped, raised area that looks like it has been moulded out of the rest of the chassis rather than, as is more usual, inserted into a cut-out. You may remember this moulded approach from the review of last year’s Oppo Find X3 Pro. The X5 Pro is that handset’s successor, as Oppo has omitted an X4 range.

The X3 Pro had a more uniformly shaped camera bump; the change this time around is apparently to help users get a more comfortable hold on the handset when shooting photos or video. It didn’t make much difference to me in terms of ergonomics, but visually it’s a refreshing change from rectilinear or circular designs.

The Find X3 Pro had a glass back, but this time Oppo has chosen ceramic. This material is more robust than glass, helping the phone have a better chance of surviving drops. The backplate is available in Glaze Black and Ceramic White — Oppo sent me the black version.

It may be robust, but the ceramic back is extremely smooth, causing the phone to slither around even on my wooden desk. It had absolutely no chance of staying put on the arm of my comfortable chair, but fortunately fell either into the chair or onto carpet. Frequent falls onto a concrete or tiled floor might challenge the ceramic or the screen, which is protected by Gorilla Glass Victus.

Although drops onto hard surfaces could be an issue, the Find X5 Pro does have a flagship-class IP68 rating for dust and water resistance.

The ceramic is an absolute fingerprint magnet, though. This completely nullifies the phone’s stylish looks, as it’s impossible to avoid finger-smudges every time the handset is used. The use of ceramic instead of glass adds weight too. For the record, the Find X5 Pro measures 73.9mm wide by 163.7mm deep by 8.5mm thick and weighs 218g.

On the left side there are two small volume control buttons, while the power button, with a nice splash of emerald green embedded into it, is on the right. The fingerprint sensor is an in-display unit, and both it and face login worked without issue.

The 6.7-inch AMOLED screen sits in slim bezels, athough the bottom one is noticeably deeper than the top. The claimed screen to body ratio here is 92.7%, which is pipped by the 93.5% of the recent Honor Magic 4 Pro. Still, the two devices share many characteristics, as do other flagship phones. Among them is HDR and a LTPO-controlled 120Hz refresh rate that dynamically adjusts down to 1Hz depending on the content being displayed. The Find X5 Pro’s 20:9 screen offers QHD+ resolution (1440 x 3216, 525ppi), which is slightly higher than the Honor Magic 4 Pro’s 1312 by 2848 (460ppi). 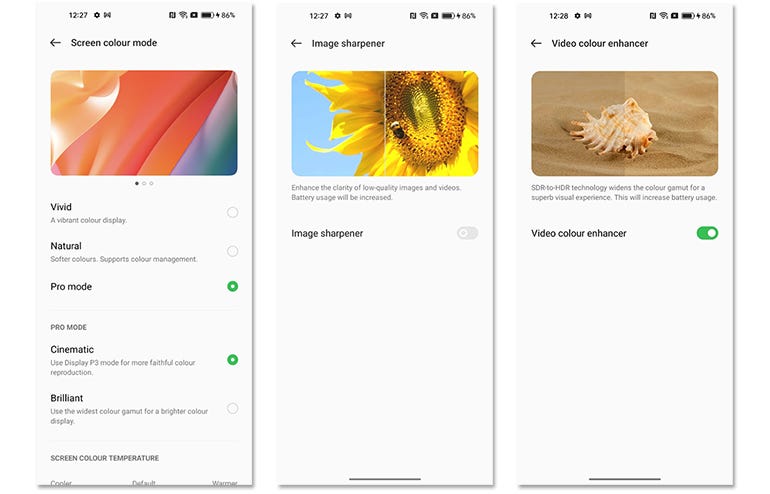 Like other handset makers, Oppo lets you tweak the display settings, offering controls for colour mode, sharpness and tones. There is an eye comfort mode, but nothing specifically aligned to e-book reading that can match the Honor Magic 4 Pro’s monochrome eBook mode. That’s a shame, although the Oppo Find X5 Pro is not unusual in this respect.

There are two speakers, with grilles on the bottom edge and the front of the handset above the screen. Volume gets quite high, although it distorts a little towards the top end. Bass tones are not great, but spoken word is very clear and treble frequencies are strong, making this a good handset for speaker use in some, if not all, audio genres.

There is 256GB of internal storage of which 28GB was used out of the box, leaving 228GB free, but there’s no option for expanding this storage via a MicroSD card. The SIM caddy, which sits on the bottom edge of the phone, can accept two 5G SIMs. 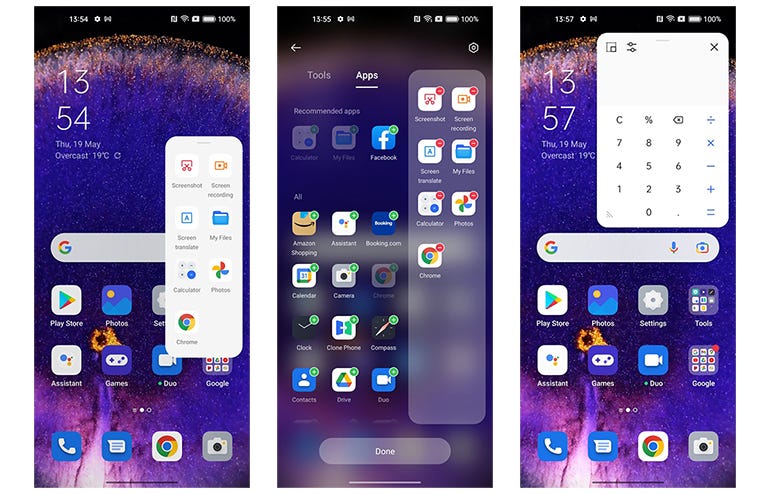 Oppo’s ColorOS 12.1 sits on top of Android 12, adding in a range of operating system tweaks and settings options. These include a pull-out side-panel that lets you either drag an app or tool out into a floating window or set it as part of a split screen. This is pretty much the same idea that Honor implements in its Magic 4 Pro, although the look-and-feel is a little different here. Oppo also includes a range of gesture controls including ‘air gestures’ — you can just wave at the screen to take calls and scroll content, for example.

Unfortunately, Oppo also takes the opportunity to market a host of third-party apps, including the usual social media suspects and some familiar shopping applications. It’s frustrating, although thankfully these apps can be deleted if they’re not required.

Meanwhile on the front, in a cut-out at the top left of the screen there’s a 32MP f/2.4 selfie camera. Oppo says this can automatically switch between an 80° and 90° field of view depending on how many people are trying to squeeze into a photo. However, I found that I had to switch manually using an on-screen toggle. It’s quite handy having the manual toggle anyway as this provides a little more flexibility than usual when you’re framing selfies.

Oppo has included a dedicated image-processing chip – the MariSilicon X NPU. Its key advantage, says Oppo, is that it improves performance in low light. When I tried this, it performed well — but not exactly outstandingly. A point to note, though, is that the main 50MP wide-angle camera is the only one with 5-axis OIS stabilisation, which comes in handy when shooting in low light.

General point-and-shoot photography was very pleasing, with good colour reproduction and clear, sharp images. It’s a pity, though, that the rather fun Microlens that offered 60x magnification in the FindX3 Pro has not made it into this handset.

The Hasselblad logo that’s all over the packaging and on the back of the handset refers to a range of filters rather than anything to do with the lens technology. You can shoot in Hasselblad’s XPan mode with its 65:24 aspect ratio, and flick between colour and monochrome using an on-screen toggle.

Videographers will be pleased to see that video zoom using the rear camera goes up to 4K at 30fps and 60fps — the same as non-zoomed video. Slow motion is limited to 1080p at 240fps and 720p at 480fps. The selfie camera is rather more limited with zoom, topping out at 1080p at 30fps.

It’s good to see a 5000mAh battery here — a flagship-class handset deserves nothing less. Unfortunately, the phone refused to run the PCMark for Android Work 3.0 battery life test despite several attempts, but anecdotally I can report over a day’s-worth of life in everyday mainstream usage. Under my three-hour YouTube binge, the Oppo Find X5 Pro lost 17% from a full charge, suggesting battery life of around 17.6 hours in total.

Wireless charging is supported at 50W (100% in 47 minutes claimed), and the Find X5 Pro can share spare capacity with other devices via 10W reverse wireless charging.

The Oppo Find X5 Pro is impressive in many  respects but its design, although distinctive, won’t please everyone. The ceramic material’s slippery smoothness and liking for fingerprints could divide opinion, for example. Battery life and fast charging are no less than I’d expect from a top-flight phone, and the same goes for the high-quality AMOLED screen.

The cameras perform well, although the Hasselblad contribution is perhaps a little overblown, and I’m disappointed to see that the Find X3 Pro’s macro camera has gone. It’s also a pity that Oppo insists on preinstalling an army of third-party apps.

Although it’s a decent flagship-class smartphone, the Find X5 Pro arguably struggles to justify its four-figure price. However, I’m keen to see how Oppo progresses with its dedicated image-processing chip.

Android 13: How to sign up and install Beta 1 on your Android phone — and why you should wait

The best Android phones: Better than the iPhone? 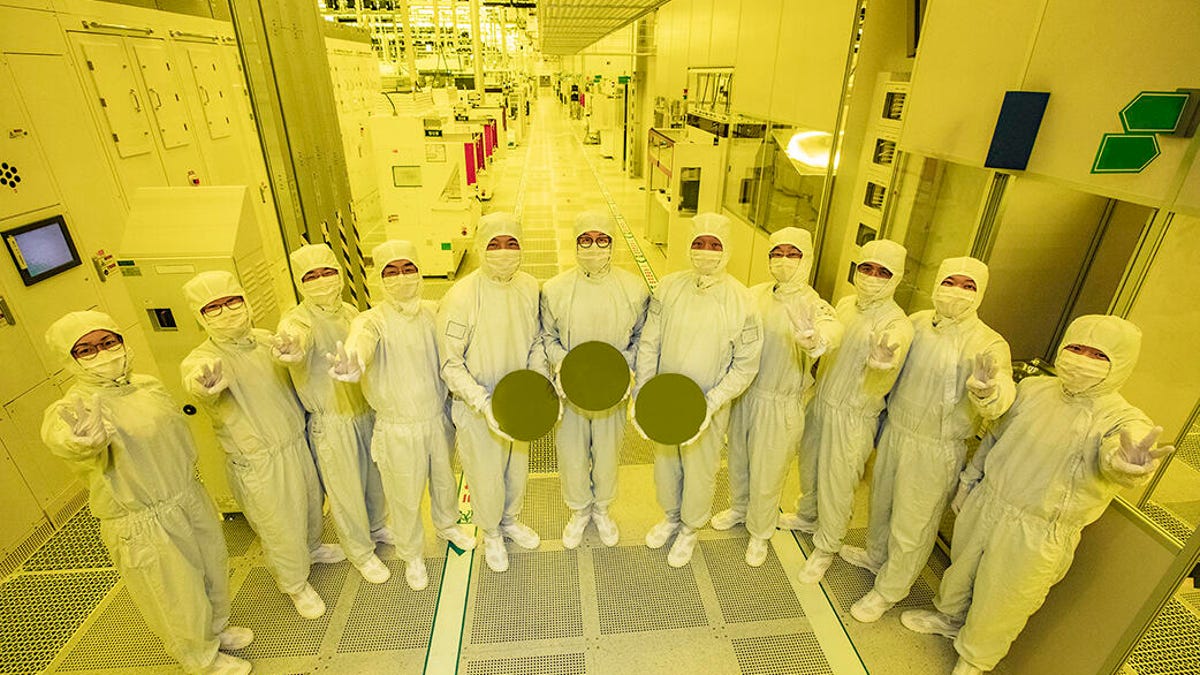 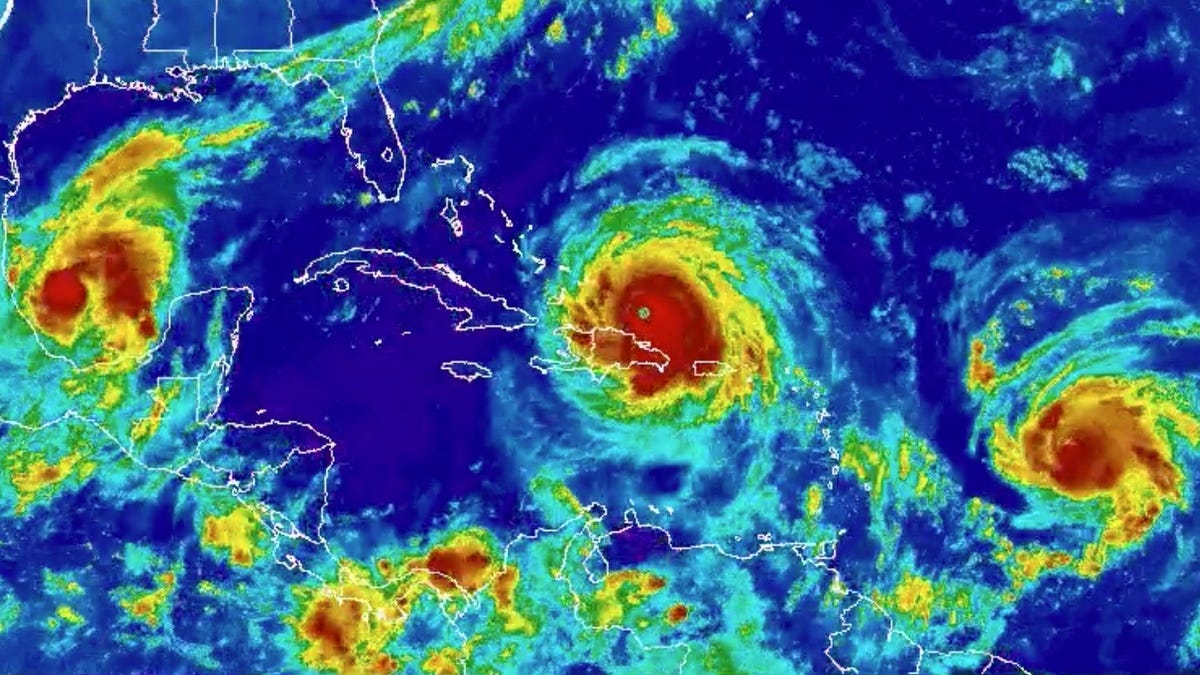 US weather, climate forecasting is about to get way better 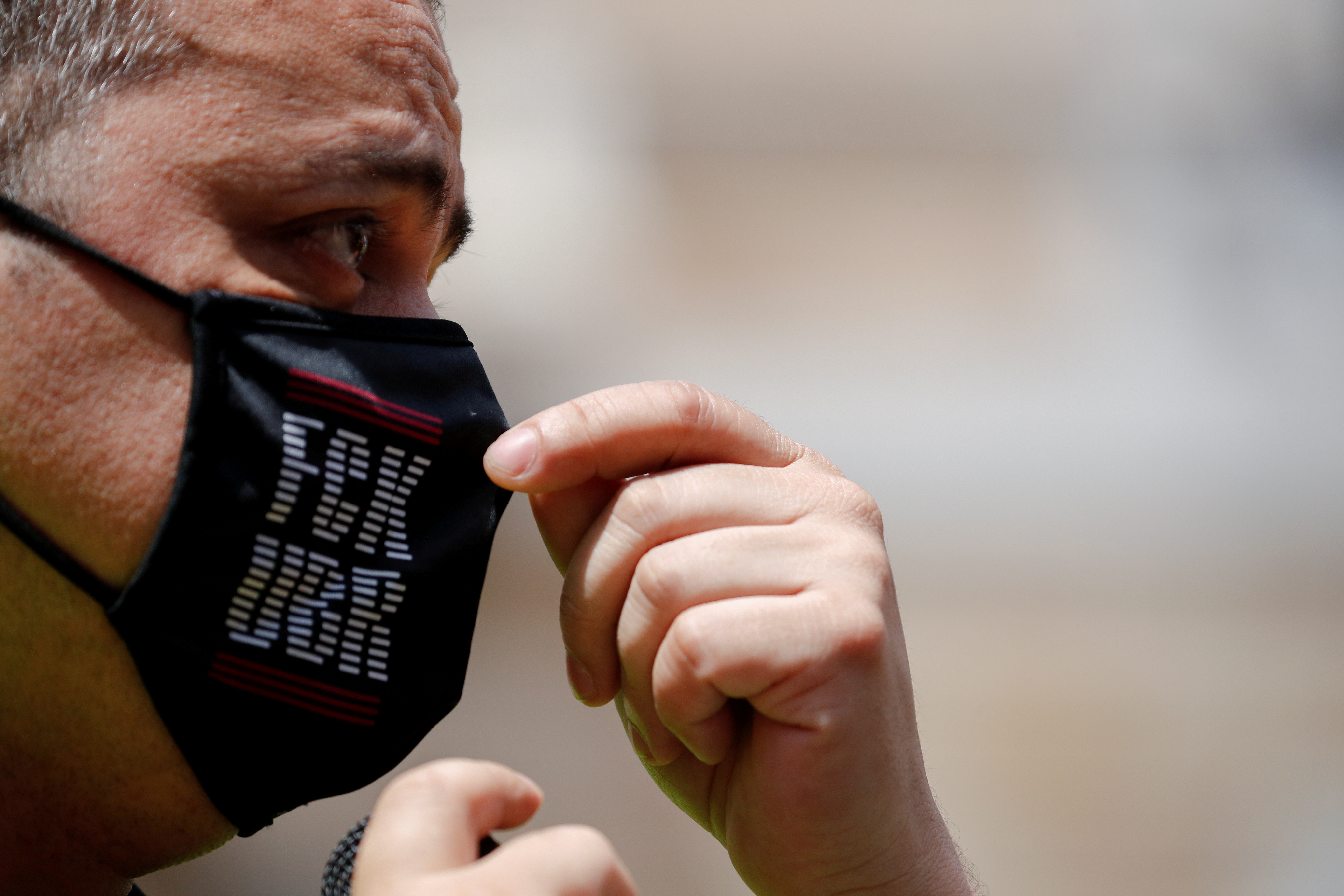 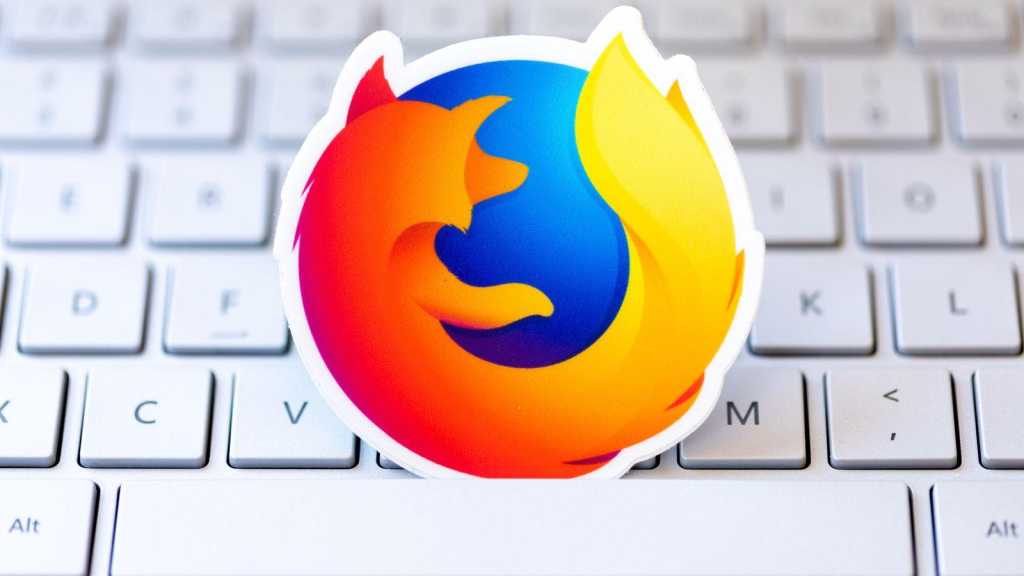