Trump’s strategy of only appealing to conservatives has led to Biden’s support with moderates going up by 28 points and is why he is losing.

How Trump’s base first appeals have backfired https://t.co/C1TlC5KXl6 You see it well in this AM’s ABC/WaPo poll. He’s doing much better with conservatives than in 2016, but doing significantly worse w/ liberals/moderates. The result? Losing by a lot more now overall than in 2016 pic.twitter.com/mdfsK9aqqv

Enten also wrote on CNN, “While conservatives do make up a larger share of the electorate than liberals, liberals, and moderates form a majority (60% to 65% of all voters). Again, it’s a bad trade for Trump to gain more conservatives while losing similar standing among liberals and moderates.”

Trump’s refusal to govern and appeal to the majority of the country is coming back to haunt him. Trump decided that he would only be the president of conservatives and Republicans, and that is how he has governed.

His decision has resulted in him hemorrhaging support with the majority of the electorate. As soon as the rest of America had a choice between Biden and a president who doesn’t see or care about them, many of those voters moved to the Democrats.

If Trump loses the election, his defeat will have been years in the making. It won’t be one decision that got Trump voted out of office, but an entire mentality turned him into a one-term president.

For more discussion about this story join our Rachel Maddow and MSNBC group.

Mr. Easley is the founder/managing editor and Senior White House and Congressional correspondent for PoliticusUSA. Jason has a Bachelor’s Degree in Political Science. His graduate work focused on public policy, with a specialization in social reform movements. 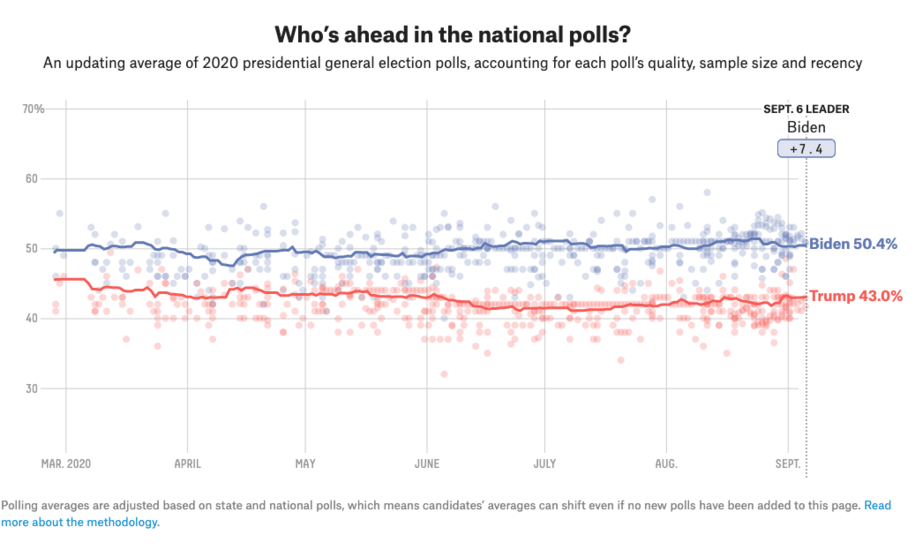 Abbreviated Pundit Roundup: The wreck of the Austin Trump herald