Ships Are Very Large
In case you haven’t heard, there is a container ship wedged into the Suez Canal. Tugboats and bulldozers have been working since Monday to dig the 1,300-foot ship out of the canal walls, with early reports suggesting that it could take weeks to be dislodged.

The stoppage is costing $9.6 billion a day in shipping traffic, with container ships, oil tankers, and livestock carriers patiently awaiting transit through the canal. While it will likely be a one-off hit to shippers and their customers, it raises a question: Why are container ships so big? Couldn’t they be just a little smaller?

The container-shipping industry is a case study in economies of scale. High fixed costs to build, maintain, and fuel vessels — plus the costs of port leases and customer contracts — spur a relentless effort to size up on the part of shipping companies. In The Box, a history of container shipping, Marc Levinson describes the industry’s push to scale in the mid to late 20th century:

Bigger ships lowered the cost of carrying each container. Bigger ports with bigger cranes lowered the cost of handling each ship. Bigger containers — the 20-foot box, shippers’ favorite in the early 1970s, was yielding to the 40-footer — cut down on crane movements and reduced the time needed to turn a vessel around in port, making more efficient use of capital. A virtuous circle had developed: lower costs per container permitted lower rates, which drew more freight, which supported yet more investments in order to lower unit costs even more. If ever there was a business in which economies of scale mattered, container shipping was it.

The first container ships to cross the Atlantic were less than 500 feet long. By the early 1970s, fast vessels reached a length of 900 feet. In 1978, a single ship could transport 3,500 20-foot containers — more than the weekly cargo load that entered all U.S. ports a decade earlier. When ships couldn’t get larger, ports could. The amount of cargo moving through large American ports grew sevenfold in the 1970s, even as ports grew more competitive.

Because shippers enjoy little pricing power, they have to squeeze every penny they can out of every vessel. Shipping businesses are also highly sensitive to macroeconomic factors, profitable during booms but cash-cauldrons during busts. Only the most capital-efficient shippers can survive business cycles, and big boats are capital efficient. The result: 1,300-foot-long ships moving through 700-foot-wide canals.

As with vessels, shipping routes have scaled over time. Before the 1980s, ships ran point-to-point service, traveling through a fixed set of ports. While point-to-point service gave shippers more flexibility, allowing them to use different vessels for different routes, it also meant that ships would often operate below capacity. “Sea-Land, for example, was a major carrier in the North Pacific, but Japan’s huge trade surplus with the United States meant that it carried far more cargo eastbound than westbound,” Levinson points out. While longer routes could increase cargo loads, they generally led to longer wait times for customers, because ships on shorter routes would deliver freight more quickly. By the 1980s, however, ships grew large and fast enough to circumnavigate the global in a cost-efficient manner. A few intrepid businessmen initiated “round-the-world” (RTW) service.

The first company to send its ships on globe-spanning routes was (drumroll please . . .) Evergreen Marine, the operator of the ill-fated Ever Given vessel currently stuck in the Suez. Its first round-the-world ships went on 81-day voyages, leaving cargo at each of the 19 ports of call.

Evergreen still runs round-the-world service today, and while it has become an industry giant, its routes concentrate risks in single vessels. A disruption anywhere in the world — bad weather, a mechanical failure, or, say, a ship getting stuck in a canal — can have global supply-chain repercussions. Evergreen and other RTW shippers partially work around this challenge by using “feeder ships” that take cargo to ports rather than having their large vessels dock, but, as we learned this week, not all risks can be mitigated.

And as supply chains grow more integrated, chokepoints such as the Suez grow more important. The Suez Canal facilitates around 10 percent of global trade today, up from 7.5 percent in 2009.

While the big boat blockage is a neat spectacle, however, it is unlikely to change international trade in the long term. They’re called “economies of scale” because they’re economical, and big shippers have brought about a significant reduction in the cost of shipping. Levinson finds that seaborne rates fell by roughly 50 percent in the 1980s alone.

If the price of cheap shipping is an occasional canal blockage, so be it.

On Wednesday, the Golden-Class container ship Ever Given made an unplanned berth in the sand on both sides of the Suez Canal, stopping trade between Europe and Asia. Evergreen Marine, which operates the Ever Given under a Panamanian flag, told the Financial Times in an email that the ship was “suspected to have met with a sudden gust of strong wind, which caused the ship’s body to veer from its course and accidentally run aground.” At press the ship was still where it came to rest, tended by several tugs. It may be there for a while; you can check for yourself on VesselFinder.

It’s hard to describe what happened as a “grounding,” though. Container ship groundings are not unheard of in the Suez Canal. Sand comes up from the canal floor at a 4:1 ratio; if a ship drifts out of the fairway, it’s most likely to dig a shoulder into that sand and wait for a tug. Last March the OOCL Japan, a container ship about the size of the Ever Given, had a mechanical failure in the Suez Canal, lost steering, took the ground, was refloated in several hours and continued on its way.

Worker filings for unemployment benefits, a proxy for layoffs, fell to 684,000 last week from 781,000 a week earlier. Claims are now at the lowest point since mid-March of last year, before lockdowns triggered millions of layoffs. They are also below the pre-pandemic high of 695,000, a threshold not crossed for 52 weeks.

“The recovery is really hitting full steam again, and all of the conditions will be in place for a real, explosive liftoff in the summer when hopefully we’ve reached a higher vaccination threshold,” said Julia Pollak, labor economist at jobs site ZipRecruiter.

Random Walk
While it’s bad for the global economy, the Suez imbroglio will serve as a fruitful natural experiment for economists. Dartmouth’s James Feyrer looked at the closure of the Suez after the Six Days’ War to evaluate the effect of distance on international trade. It’s hard to distinguish between physical distance and differences in culture, taste, etc., which is why natural experiments can be so informative:

The negative effect of distance on bilateral trade is one of the most robust findings in international trade. However, the underlying causes of this negative relationship are less well understood. This paper exploits a temporary shock to distance, the closing of the Suez canal in 1967 and its reopening in 1975, to examine the effect of distance on trade and the effect of trade on income. Time series variation in sea distance allows for the inclusion of pair effects which account for static differences in tastes and culture between countries. The distance effects estimated in this paper are therefore more clearly about transportation costs in the trade of goods than typical gravity model estimates. Distance is found to have a significant impact on trade with an elasticity that is about half as large as estimates from typical cross sectional estimates. Since the shock to trade is exogenous for most countries, predicted trade volume from the shock can be used to identify the effect of trade on income. Trade is found to have a significant impact on income. The time series dimension allows for country fixed effects which control for all long run income differences. Because identification is through changes in sea distance, the effect is coming entirely through trade in goods and not through alternative channels such as technology transfer, tourism, or foreign direct investment. 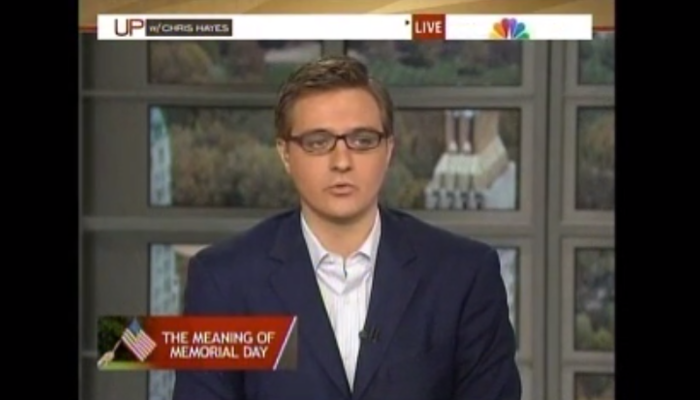 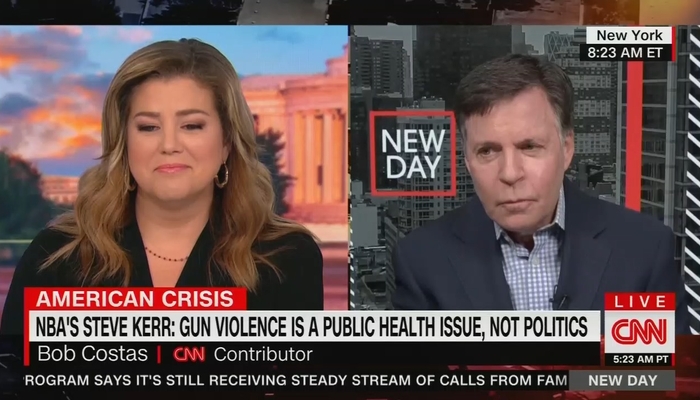 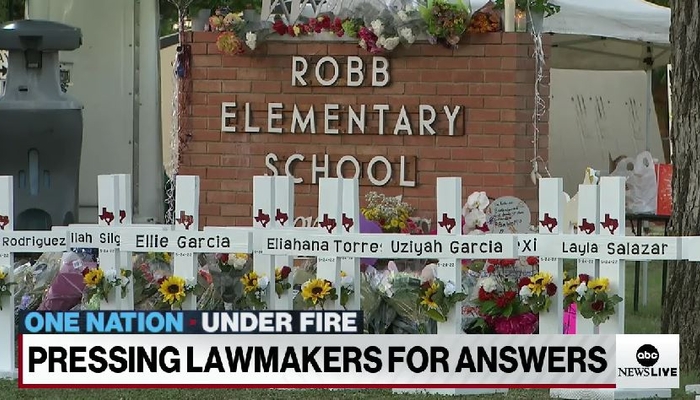 NYT: For GOP, ‘Individual Rights Trump…Societal Response, Regardless of the Cost’ 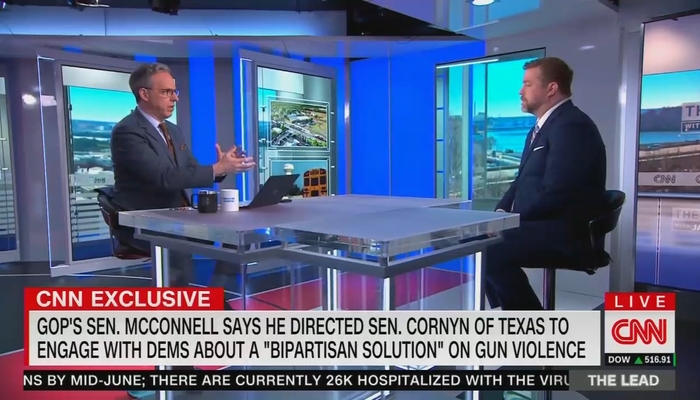