Donald Trump would very much like to be the future of the Republican party. He certainly has a lot of support. 43 senators just voted to acquit him during his impeachment trial. Over 150 congresspeople decided to join in on his election fight.

But there are those that don’t want to see Trump be the GOP standard bearer. Republican voters don’t tend to turn out when the former president isn’t on the ballot. This was clear during the January Georgia mid-terms where Democrats took control of the senate. Mitch McConnell is the leader of this faction.

Lindsey Graham, though, thinks his long-term colleague is wrong about Trump. And the South Carolina senator said that he might with the former president this weekend to strategize on the 2022 mid-terms.

Graham told reporters on Monday, “He’s very involved in helping the team win.” Trump “made a bunch of phone calls” and is “trying to get the best team on the field.”

New: Senator Lindsey Graham says he spent considerable time with Donald Trump this past weekend calling key lawmakers on the ballot in 2022, especially GOP senators, to offer encouragement. “He spent a lot of time on the phone, “ Graham reported in a brief interview. 1/2

The South Carolina senator also said on Friday, “I want us to come together as much as possible. I think we need to be united around getting the majority back. … The worst possible outcome for the Republican Party is to continue to argue amongst itself.”

That being said, Graham also encouraged McConnell to come around and support Trump. “I know Trump can be a handful,” he said. “But he is the most dominant figure in the Republican Party. We don’t have a snowball’s chance in hell of taking back the [Senate] majority without Donald Trump. If you don’t get that, you’re just not looking.”

Todd Neikirk is a New Jersey based politics and technology writer. His work has been featured in psfk.com, foxsports.com and hillreporter.com. He enjoys sports, politics, comic books and spending time at the shore with his family.

Politics Politics: How The Black Church Has Shaped American Politics 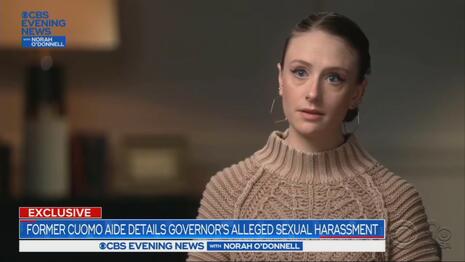 Cuomo Accuser to CBS: ‘Absolutely’ the Media Made Him Feel ‘Untouchable’